Shannon MacAulay of Mount Herbert, P.E.I. has been training all season for a chance to turn some heads at the National Rowing Championships in Burnaby, B.C. this week.

MacAulay will compete in the women’s 1x competition, starting on Thursday, November 8th at Burnaby Lake. There are 60 entries in the Women’s Open single scull category, including Canadian Olympian Carling Zeeman. 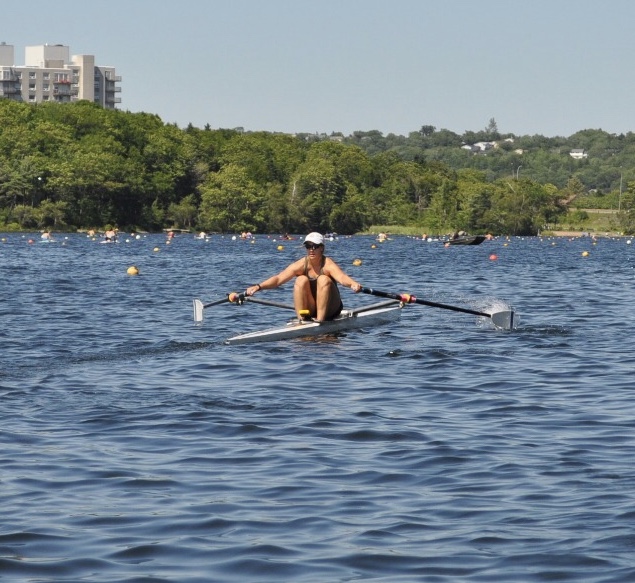 This is MacAulay’s first full year in rowing. She spent six years with Hockey Canada and played for Team Canada at the 2015 Nations Cup as a member of the National Women’s Development Team.

She was recruited into rowing through the RBC Training Ground program and has been training with the North Star Rowing Club in Dartmouth since May.

MacAulay has performed well regionally. She won both of her events at the Red Island Regatta in Brudenell, P.E.I., finishing first in the women’s coastal single and the coastal mixed double, along with Will Bryden from North Star.

In September, she also won the Pelham Championship Race at the North West Arm Regatta in Halifax, N.S.

For the full draw and results: https://www.regattacentral.com/ng/regatta/6048/results

Rowing PEI president Daphne Dumont presents Shannon MacAulay with a cheque for $1,000 from the Elite Athlete Assistance Program. Thanks to the Department of Health and Wellness for the support.

Shannon sat down recently with CBC Compass host Louise Martin to talk about her transition from ice skates to oars.

Here is what she had to say:

“It’s been a bit of a whirlwind. I started back in April. I moved to Halifax and it’s been tull time training, six days a week. It’s been an amazing experience so far, the people I’ve been able to meet.”

“It’s an amazing program really. I had just finished my first year in the Canadian women’s Hockey League and when I moved home, people were sending me this link to the RBC Training Ground.”

“When I did it, it was really cool because it allows, especially for the Maritimes, the small provinces, it allows these kids to get exposed to different sport and for the national sports organizations to see what these kids can do.”

“For P.E.I., it’s really neat, we put up a lot of really great athletes per capita so to be able to show off our talent is pretty cool.” 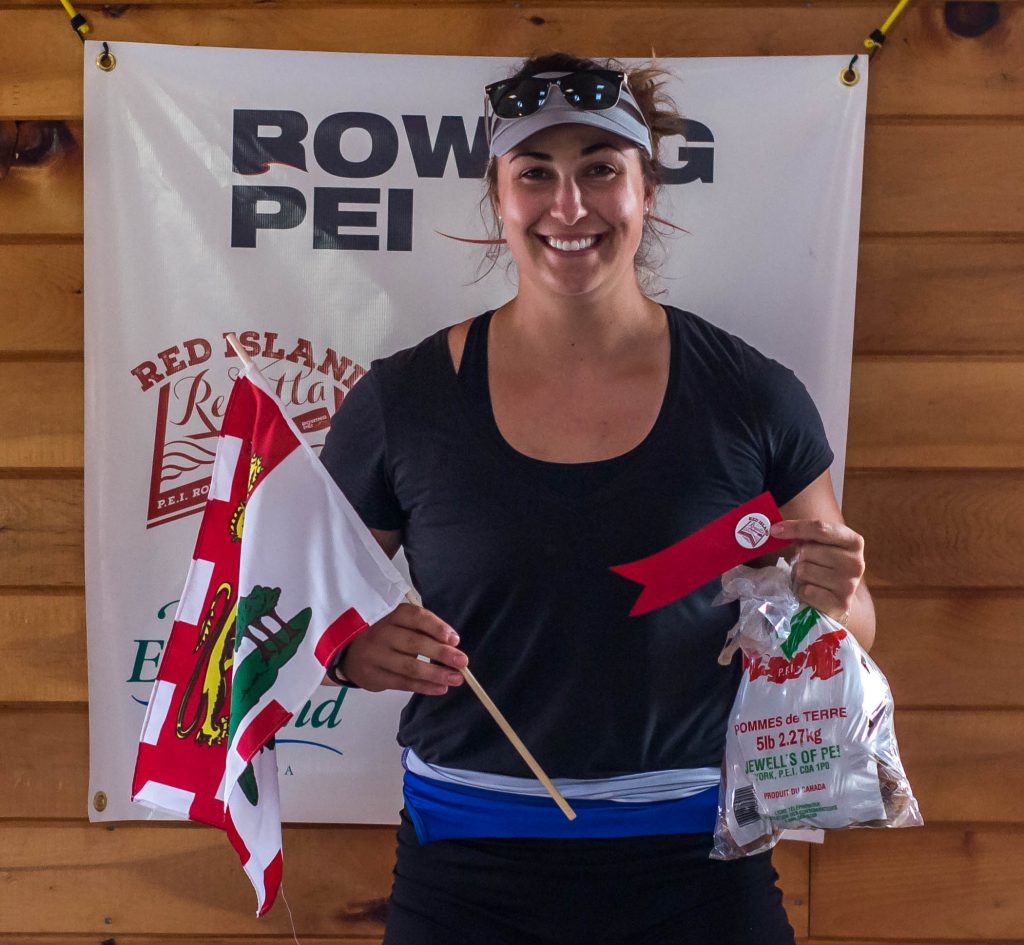 On making the transition from hockey to rowing:

“It’s different. I do really enjoy it and it’s something new. Some days it’s a love hate because it’s a really tough sport.”

“At the start, it was a lot of learning and really fresh so I was really engaged and I still am. But now it’s mentally more challenging as the progression is slowing down a little bit.”

“I have myself on a time frame and I’m pushing every day to get to the goals that I set for myself. With the discussions I’ve had with Rowing Canada and my coach and my teammates, it’s a lot of pressure, I guess, in a sense but it’s all good.”

Shannon MacAulay will be the lone competitor from P.E.I. at the National Rowing Championships:

“Part of me, it makes me a little sad because I think rowing could be bigger here.”

I’d like to see this group be bigger, going from P.E.I. Now that I’ve gotten involved in the sport, it’s a great sport and we’re an island, we live around water so there’s not reason why we can’t promote this more and get more people rowing.” 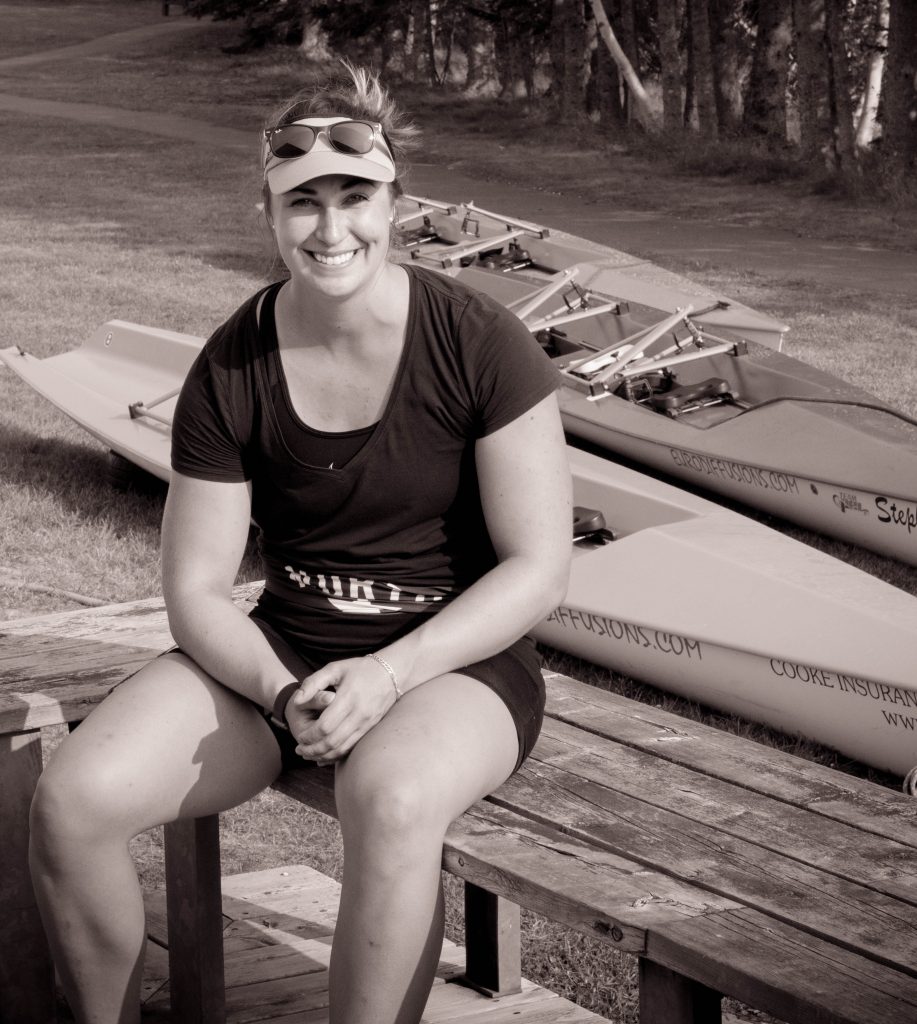 Shannon wanted to go to the Olympics in hockey and it didn’t happen. Is she hoping it’s possible with rowing?

“Essentially yes. I think when I set myself up for this, that was the big end goal and I know there are a lot of steps and a lot of work to get there.”

“It’s day by day but my vision, that’s definitely there. I’ve set myself on a tight time frame. It’s tough but that’s what I’m going to be pushing for.”

Congrats to Team Canada and PEI’s own Shannon MacAulay on winning Gold today at the Nations Cup in Füssen, Germany. Shannon is in back row in the middle.